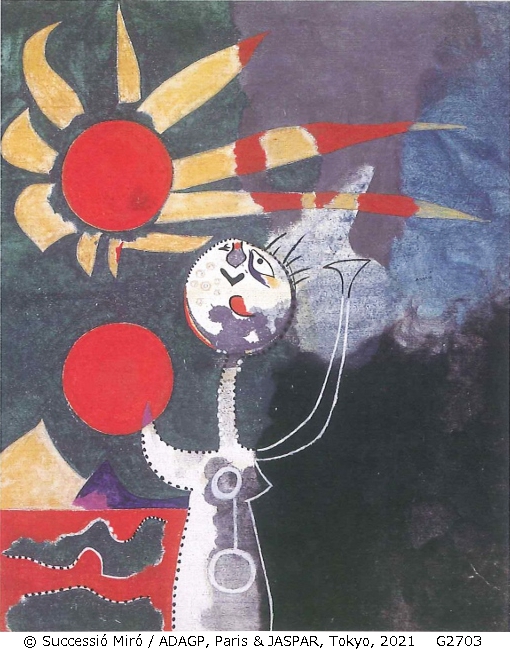 Against a dark green sky can be seen the sun, emitting yellow rays of light, and a red moon. On the red surface of the sea is a green colored aspect that evokes a map of Catalonia, the artist’s birthplace. There is a sense of tension on the face of a woman who appears to be screaming out about something. The spread of dark clouds behind the woman gives a sense of impending doom. At the Spanish pavilion of the Paris International Exhibition in 1937, one year before this work appeared, Miro had presented “The Reaper” (unaccounted for after the exhibition) alongside Picasso’s “Guernica”. Miro’s protest against the brutality of war, and his love of Catalonia, which were evident in “The Reaper”, seem to be preserved as reverberations in this piece.