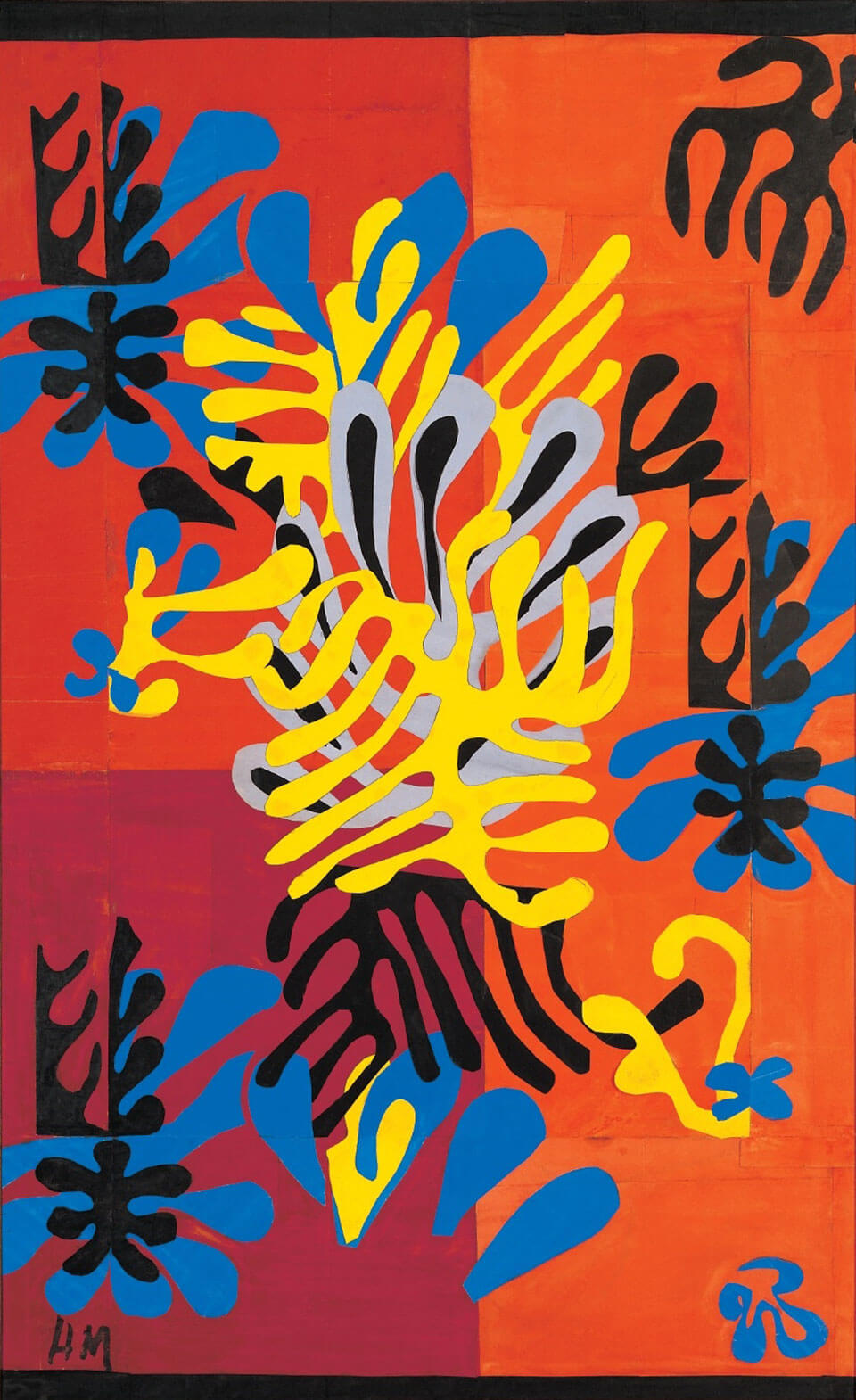 Mimosas decorate the passage of floats at a flower festival in Nice, in southern France. Matisse produced cut-out images with these flowers as his subject in the art studio at Hotel Regina. A tapestry design had been commissioned by the United States’ Alexander Smith and Sons Carpet Company. With health reasons also a factor, Matisse devoted his later years to cut-out pictures, noting that “Cutting out colored paper is similar to the forming of stone work of a sculptor forming stone.” Such collage should not be seen merely as combinations of painting, sketching and sculpting, but rather should be viewed as an overall image of Matisse’s art – such was the importance that Matisse attached to this means of expression.

1869-1954 French artist. After working with the impressionists and new impressionists, became a central figure in the Fauvisme movement. A 20th century master of equal stature to Picasso.